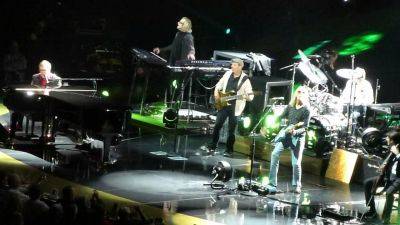 Elton John or Chicago in concert?

I saw him at the dunkin’ donuts center in providence…seats about 12,000. Although it was good…. I have to say… It was not as good as the Chicago concert.
Here’s why…..

Elton was more about Elton whereas everybody was showcased at Chicago.  I know it’s “Elton” but still… I don’t feel he gave enough credit to the band members… The drummer has been with him since day 1!   Big Ego!!!!

When Elton first came on stage he seemed like it was a chore for him to be there.  Not very “warm” to the audience until about 4 or 5 songs… Then he got into it more.

The sound was much better in the smaller theatre than this arena…. They definitely had some issues… In the beginning the music was louder than Elton.  Not to mention he is getting older (aren’t we all) and I think sounded better in his earlier days.

He is promoting a new album so about 25% was new stuff…. I like the old better.

All in all a good show but If I could only pick one to see again it would be Chicago!