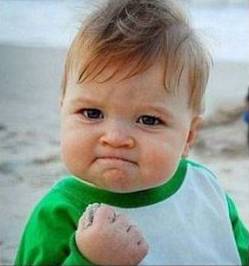 Don’t Let Them Bully You

Don’t Let Them Bully You

Have you ever had an insurance claim that you were denied on?  We had a recent experience with an insurance company that started out bad, got worse and ended up working to our advantage.   Bottom line — just remember what your parents always told you — don’t let the bigger boys bully you!

One of our rental houses had a water pipe break and water flooded the house.   This happened when we were between tenants.   Since nobody was living in the house at the time, the insurance company considered the house “vacant”,  said that was a specific exclusion in our policy, and denied the claim.   Our argument was that we had workers at the house doing some painting and other minor repairs making the house ready to be leased again.  These workers were there every day and were the ones that identified the problem and shut the water off.  Additionally, the house had been shown to a potential tenant the day before ….. therefore the house was not vacant.  Nope – claim denied!  No further discussion!   No settlement would even be considered!    That wasn’t good enough, nor was it a correct response.  We had been paying our insurance on time for many years – after all, that’s what we have insurance for.   So we requested to go thru the mediation process.   The insurance company said “ok” to that request and we never heard from them again.  I think they thought we’d just go away.   A few months later we followed up requesting the mediation that was promised.   We received notification from a Mediator and a date was set.  Finally, someone was going to help us with this claim.  This mediation date surely motivated the insurance company and they called us to see if we would “settle” on an amount.   Settle?  Now? 9 months later?   Right before mediation?  Not unless you are going to pay for everything we are entitled to!

With a mediation date right around the corner, the insurance company “rolled”.  The adjuster blamed her boss for denying the original claim and now they were more than willing to pay us every dime, including lost rentals!!!  One condition, we needed to agree to settle prior to mediation.   Needless to say, we got our check from them pretty quickly and notified the mediator we had reached a settlement.

Bottom line, the insurance company had hoped we would just take the original “no” for an answer and go away.  For some reason, they did not want this case going to mediation and were now all friendly and willing to settle.   If you feel you were wrongfully denied by an insurance company and you are entitled to collect under a policy…. don’t let them bully you by just accepting a “no”.  Stand up for yourself and if you’re not sure how to, seek out the necessary help to do so.  These big companies can be bullies – and they can’t get away with it!!!